2015 US Nationals Champion Junior Filly
2015 US Nationals Champion 2 Year Old Filly
2015 Arabian Breeders World Cup Supreme SILVER Champion Junior Mare with Sandro Pinha
2015 Arabian Breeders World Cup Champion 2 year old Filly with Sandro Pinha
2015 Scottsdale Champion Junior Filly
2015 Scottsdale Champion 2 year old Filly
2014 US National Champion Yearling Filly with Sandro Pinha
2014 US National Supreme Reserve Champion Jr Filly – 3 & under
2014 Arabian Breeders World Cup Supreme GOLD Champion Filly with Sandro Pinha
2014 Champion Scottsdale Arabian Classic Junior Filly with Sandro Pinha
2014  Region 7 Champion Yearling Filly
THE WORLD IS WATCHING
By Jeff Wallace
As the people of Great Britain flock to catch a glimpse of Queen Elizabeth when she appears before her loyal subjects or as the people of Buenos Aires would gather beneath the balcony of their beloved First Lady, Eva Peron, so do the connoisseurs of the Arabian horse find themselves drawn into the orbit of Pitonisa AS. While other horses enter the show arena at a frantic pace, Pitonisa draws everyone’s attention by stepping regally through the gate, exclusively escorted by Sandro Pinha. Pausing to survey her audience, Pitonisa is Ginger Rogers to her partner’s Fred Astaire as he accompanies her into the spotlight and leads her into the dance.
Like a bride embarking on her wedding march, Pitonisa holds every eye, her carriage erect and elegant, her tail flung high up over her back, her loud snort resonating through the electric atmosphere. Perfectly presented by Pinha, Pitonisa was spectacular in Tulsa, winning the 2015 United States National Champion Junior Filly crown, her third U.S. title. She also won the 2014 National Champion Yearling Filly award and was the United States National Supreme Reserve Champion Junior Yearling Filly.
A daughter of Ever After NA and the Padrons Psyche mare Psyches Amber Dream, Pitonisa AS was bred by Lisa Markley and Leanne Reel of Scottsdale and is proudly owned by Arabian Soul Partners, who are based in Mexico City. Pitonisa fits right in, as her name is a Biblical term for “fortune teller.” Together, she and Sandro create a team that overflows with the energy and imagery, the same qualities that inspired the works of famed muralist Diego Rivera, also of Mexico City.
The match between horse and handler is such a good fit; one of them cannot be mentioned without thinking of the other. And it doesn’t seem to matter where they compete, the result is always the same. In addition to her United States National wins, Pitonisa was the 2014 Arabian Breeders World Cup Supreme Gold Champion Filly in Las Vegas, and the 2014 Scottsdale Classic Champion Filly and 2015 Scottsdale Champion Filly. Very soon, Pitonisa and her escort will embark on a journey to the Middle East to compete for the prestigious titles and vast prize money that will be offered in 2016. Further plans see Pitonisa continuing to Europe for the summer show circuit, with the Gold Championships of the culminating shows of the year being the ultimate goal.
Pitonisa AS has stepped up to meet her destiny and fulfill the promise of her pedigree by taking her name to heart, looking into her own future, and then showing up for that in full measure. With a dam line that runs back to the brilliant *Bask++ daughter, Mi Fire Dream, Pitonisa comes by her rich color, long neck, and stretchy elegance naturally, not to mention several other breed greats that stand behind her. Her extraordinary charisma has earned her a fan base that rivals any rock star. With every fiber of her being she knows that she is the Queen, as she gathers additional followers wherever she goes.
For Arabian Soul Partners, Sandro Pinha, and Pitonisa AS, the position they currently enjoy is one of being on top in America. With multiple U.S. National and Scottsdale honors to pave the way, Pitonisa is poised to take her place among the great international champions of modern times. She will go, she will compete, and she will win, only to return to America, triumphant from her world tour, with even more fame and even more titles, of that there is no doubt, and then she will clearly be “Queen of the World”.

Pitonisa AS from Darryl Larson on Vimeo. 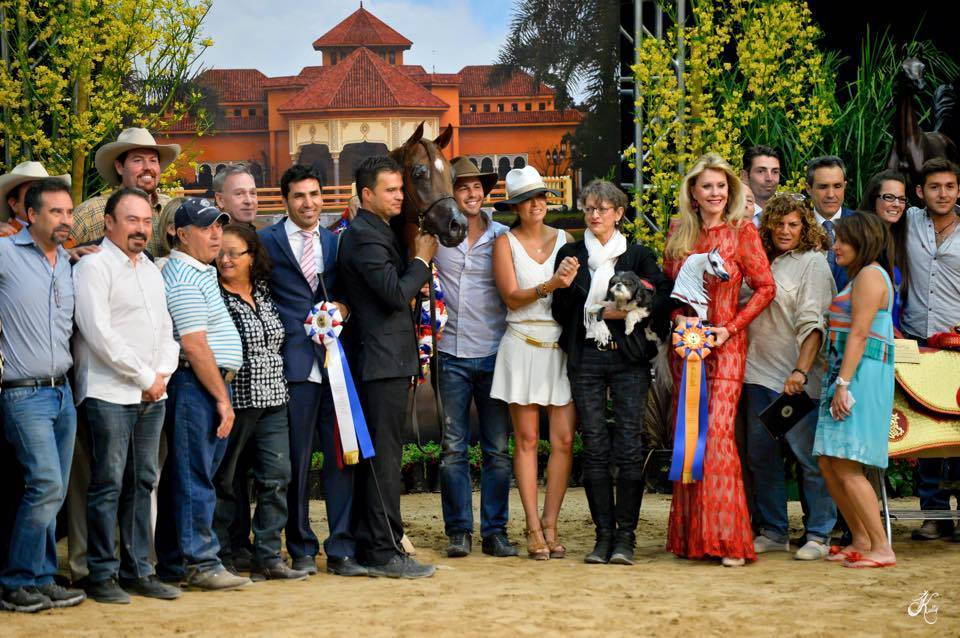 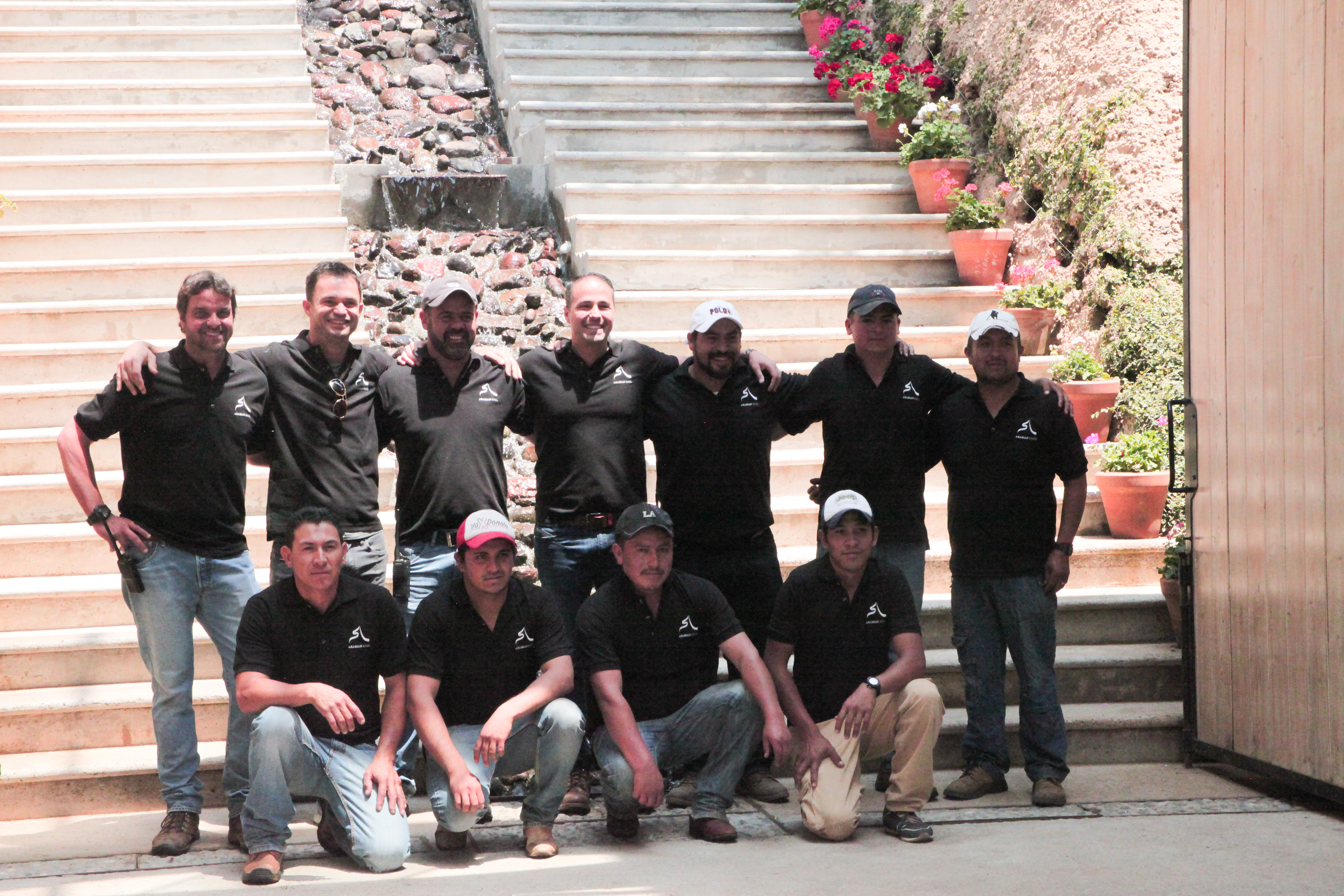 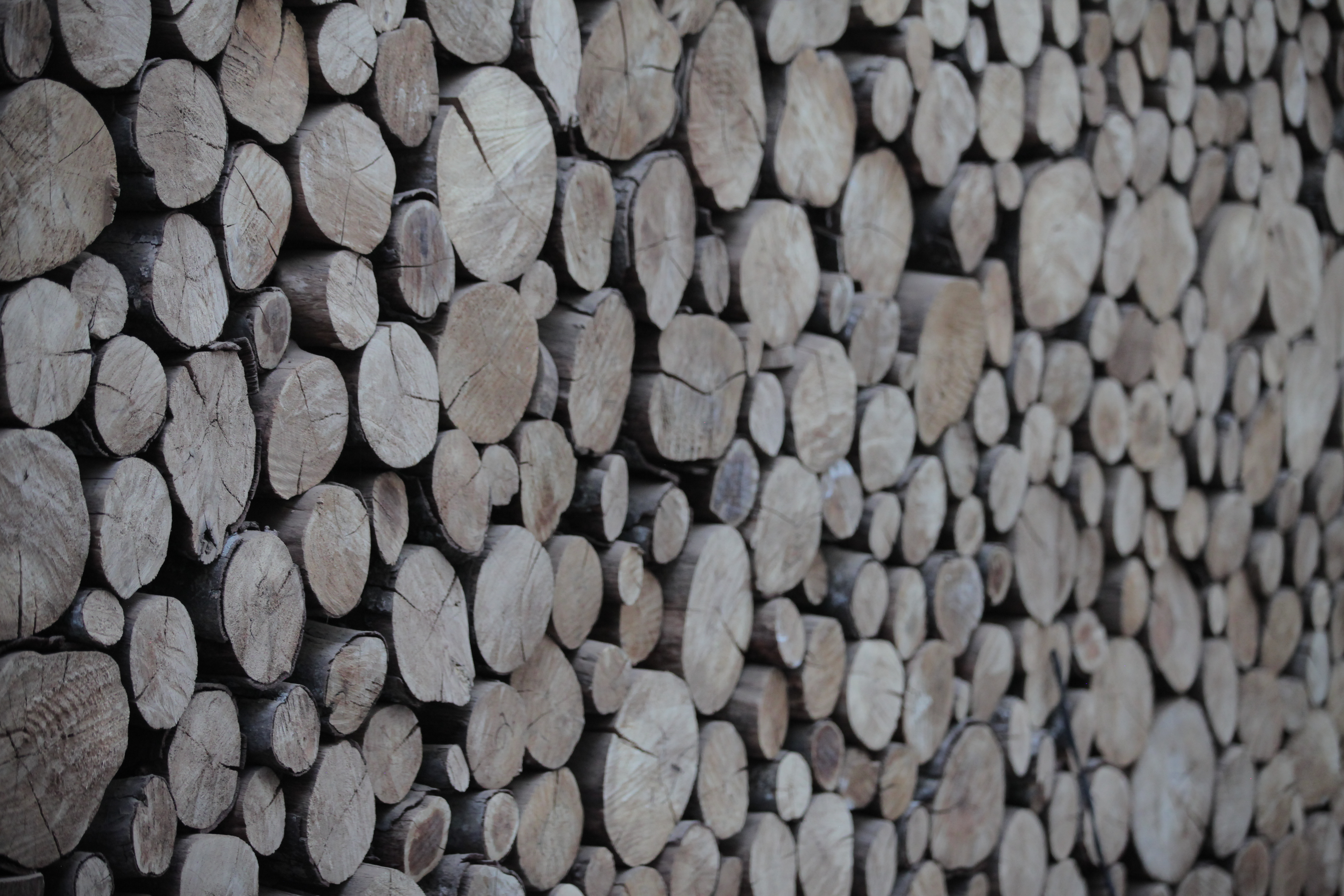 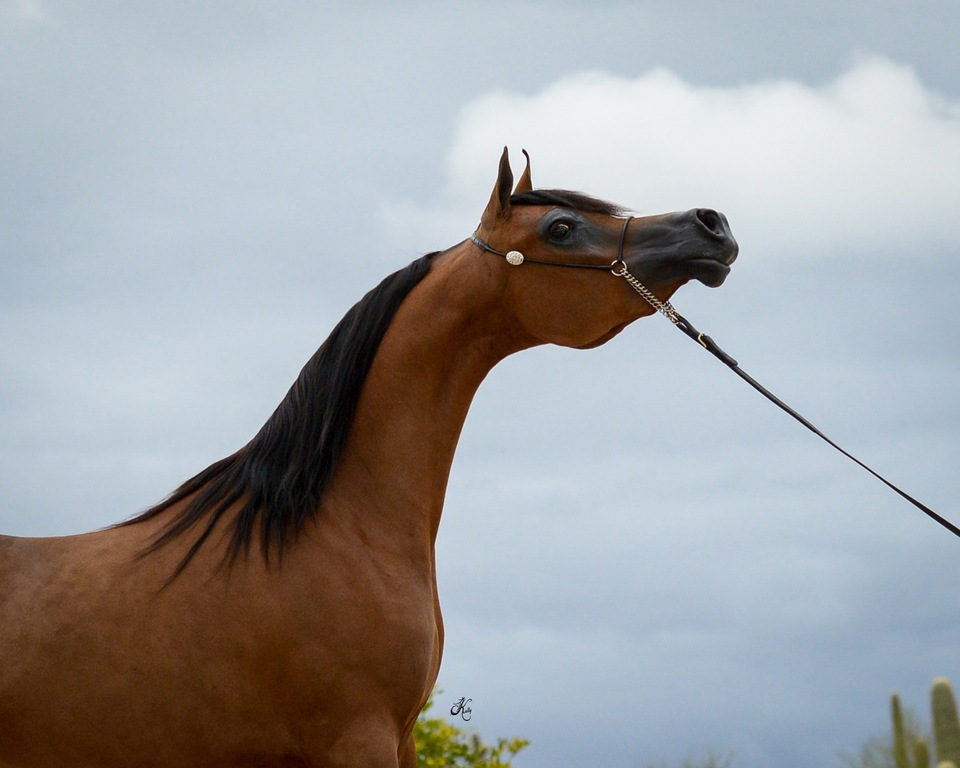 Arabian Soul Partners LTD was founded in 2012. We were introduced to the Arabian Horse by a good friend and decided to come to sunny Scottsdale Arizona in 2011 to watch the world famous Scottsdale Arabian Horse Show. This is where the love of the Arabian Horse began. The partners of Arabian Soul knew right away the Arabian horse would become an important part of their life. They all agree in a true commitment to breeding the highest quality Arabian horse and ensuring these horses a great quality of life. This is why nowadays, Arabian Soul breeds and sells High Quality Arabian Horses in the United States. They have become a great joy to everyone involved, the partners and their families. This is not a business venture, more a lifestyle.

Our goal is to breed and own the highest quality Arabian horse. We strive to breed horses that are conformationally correct, healthy, and athletic. The ability to ride these horses is always an important part of our breeding decisions. Balance and great bodies that can often be found in the American style Arabian horse is also a quality that takes high priority in the breeding decisions. Beyond the conformation of the horse we look for a horse with a great temperament and strive to provide excellence in each horses lifestyle. We believe in the process of evolution and plan our breeding program around it. We do not want to get caught up in focusing on any particular bloodlines, more so focus on which sire is best suited for the individual mare.

Success came early for Arabian Soul Partners LTD, with their passion for the Arabians and the professional guidance of Arabians International they purchased the beautiful filly Miss Marwan PA, entered her at Scottsdale and won the Yearling Fillies Unanimously at their first Scottsdale Arabian Horse Show. Miss Marwan PA was then sold and went on to be 2012 US National Champion Filly. We are looking forward to many more wins and beautiful foals in their future.

(TITAN AS X HECHICERA AS)

(SMA MAGIC ONE X SERENA AS)

Soul of Marwan AS

Soul of Marwan AS

(TITAN AS X A FANCY MIRACLE )

(TITAN AS X HECHICERA AS)

(SMA MAGIC ONE X SERENA AS)

It’s What’s Inside – Soul of Marwan AS

The Heart of A Champion- Soul of Marwan

Silhouette AS brings home the SILVER medal in Menton!